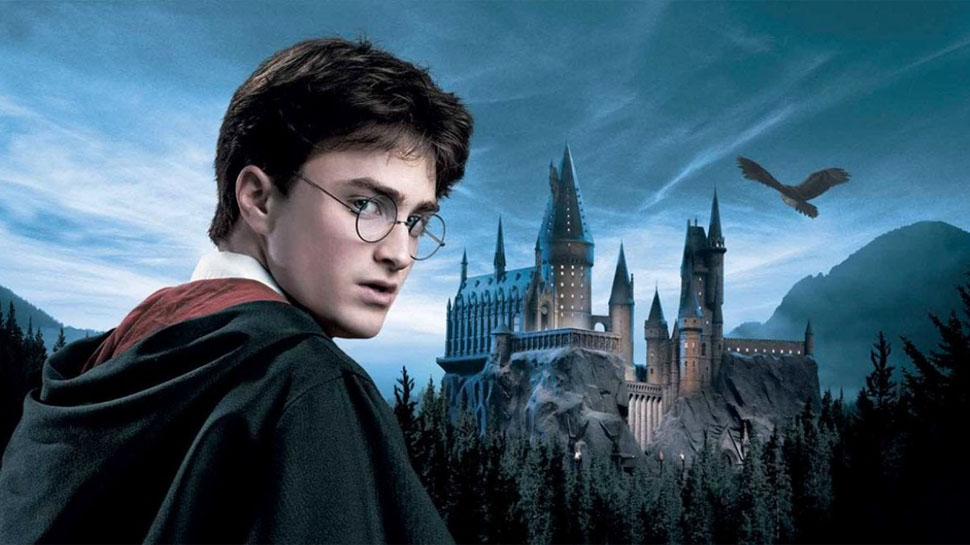 JK Rowling’s Hogwarts ‘symbolises the community we are all a part of in education’.

I never expected to love Harry Potter. I’d wrinkled my nose at Father Christmas turning up in CS Lewis’ Narnia, because I wanted fantasy novels to be seriousand epic like Tolkien’s Lord of the Rings, and the original book-cover illustrations suggested that Potter was anything but. At the turn of the millennium though, my university put Harry Potter and The Philosopher’s Stone on my undergraduate reading list. I picked it up just before the Christmas break, read it in one sitting, and went straight back to the tiny campus book shop to buy the other three that had been published at that point.

A few weeks ago, I led a reward trip to the Harry Potter Studio Tour. On arrival, I was almost off the coach and sprinting inside without a backward glance before another member of staff reminded me we had students with us still sitting with their seatbelts on, such was my excitement.

Using Harry Potter in the classroom

I’d always avoided using Harry Potter in my English lessons, except as a useful, quick touchstone for introducing the identification of themes: friendship, family, good versus evil, selective education, etc. I assumed that it was too obvious as a text choice, perhaps patronising, and would therefore be met with mass eye-rolls. This year though, a few groups of GCSE-resit learners seemed to be united in their love of all things HP. It was me rolling my eyes when, for the hundredth time, my request for them to get on and do their work was met with the declaration that “Dobby is a free elf.” I possibly played up to it a bit in the winter, donning my Slytherin scarf and adopting Snape mannerisms, but the students wasted no time in dispelling that particular illusion. Laughing, they told me it was obvious what the sorting hat would have said to me: “Hufflepuff.”

Obviously part of the universal appeal is the cross between the relatability of school experience with the fantasy elements of adventure, fellowship, and mythology that I came to realise were abundant and just as serious as Tolkien. For me though, and I think for teachers generally, Harry Potter captures something of the very real magic that we experience and contribute to in our profession.

Walking through the Hogwarts Express, peering into compartments representing iconic moments from the series, was like being drawn through a physical montage of the years passing and our beloved characters growing up. Every teacher’s memory is similarly made up of compartments of different students and different tutees who moved on long ago, from different years and different schools or colleges that we ourselves have moved on from. It’s no wonder “journey” is such an overused metaphor in education.

‘A fitting tribute to Hogwarts’

Meeting Buckbeak in the Forbidden Forest, students were transfixed, cooing softly. I saw one well up. It reminded me of how important our job is in developing the foundation of empathy and respect in our learners that mean we do not send rank upon rank of fearful and destructive Draco Malfoys out into the world.

It was later on in the tour, in a section that the students took little notice of, where the power of those stories really struck me. It was the conceptual art gallery. Inky, ethereal paintings of a sinister grindylow and a noble centaur stopped me in my tracks and again I lingered over the reminders of such varied moments of the 4,000-odd pages we’ve all ventured through. A scene of Hogsmeade in winter most explicitly highlighted the seasonal cycles of the Harry Potter novels that can’t help but resonate with everyone who has been to school, but most especially with teachers like myself. I went from school, to university, to graduate study, to teaching, so for me the rhythm of Christmas and summer holidays, of back-to-school shopping and end-of-year assemblies, has been long internalised and is irresistible.

My one disappointment with the tour was that, unless I missed it, there was no canvas tent with a radio you could tune into Nick Cave crooning O Children. That was my favourite scene in the film adaptations; Harry and Hermione’s unselfconscious dance together in one of their darkest hours, exemplifying the strongest theme of the books and films: unfailing friendship.

I’ll try not to spoil the finale of the tour, as it was a moment that genuinely took me by surprise and made my heart leap, but suffice to say it was a fitting tribute to Hogwarts itself. The school is much more than just a setting in a kids’ novel. It symbolises the community we are all a part of in education and the many highs and lows we experience together. It’s a reminder that although students grow up and move on, and colleagues and friends leave, our school and college communities remain. We know that although in September we’ll have new faces to get used to in the classroom and the staffroom, there will be some familiar smiles to welcome us back too.