How Primary Schools Are The Key To Fixing Oxbridge Inequality 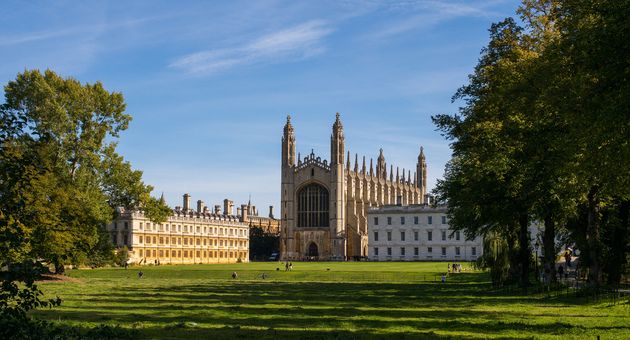 How Primary Schools Are The Key To Fixing Oxbridge Inequality

The focus needs to shift from high-achieving students in their final years of education, to primary school pupils in underrepresented areas

Last week the Sutton Trust released figures showing that eight elite schools sent more students to Oxbridge than 2,900 other schools combined. While the figures are undoubtedly damning, this isn’t anything new.

In 2011 the Sutton Trust published almost identical results. The only apparent difference over the last seven years is that the Sutton Trust has included an additional three elite schools in their research.

Admittedly, both universities have made significant announcements which would suggest progress in this area. Cambridge launched its scholarship partnership with Stormzy, while Oxford revealed it spent over £100,000 on each low-income applicant targeted. But Oxbridge inequality is not rooted solely in finances, it starts far younger, and is far more engrained.

Each time this discussion comes up, almost annually, it is met with equal outrage, airtime on Radio 4, and columns dedicated to the topic – with very little actually changing. This is because the programmes Oxbridge enact are simply missing the most important demographic for them to engage with: primary school children.

If Oxbridge and other top universities genuinely want to widen participation, they need to overhaul how they think about access. The focus needs to shift from high-achieving students in their final years of education, to primary school pupils in underrepresented areas. Target the students who may grow up to never apply in the first place, who don’t bother filling out a UCAS form because “it’s not for people like them”, and who would never consider opening a prospectus.

In order to redress the admissions imbalance, we have to introduce university as a legitimate option for disadvantaged students before they reach secondary school. By the time a student has taken their GCSEs or A Levels, it’s often too late. Consider how many brilliant people there may be, who never went to university because they grew disillusioned with the education system long before they hit 16, not seeing an academic path beyond the statutory school leaving age.

I recently moved from South Cambridgeshire to the outskirts of Manchester. While 42% of the adult population nationwide have a degree, that figure is just 13% where I now live. Compare that to my previous postcode where 72% were educated to degree level, and the gap is stark. These statistics are reflected in the attitudes young people have towards education and how they envisage their lives post-school.

If the people around you have never gone to university, the idea has never been discussed, and no teacher has ever suggested it – why would it be something that you would conceive for yourself? Why do exams then matter if you aren’t applying for university? So how could you ever imagine somewhere like Oxford or Cambridge being for you?

The disparity in applications is not uniquely to do with wealth, which is why bursaries alone will never fix the gap. It’s far more to do with our environments and familial expectations.

In both of the Sutton Trust studies a large state college was among the elite schools: Hills Road Sixth Form College. This is the alma mater of comedian and Cambridge University drop-out Ken Cheng, who recently described it as a: “highly selective Oxbridge factory.”

Cheng is right. I tutored many students from Hills Road over the past few years, almost all aiming for Oxbridge. Lots came from families who couldn’t afford private schools, but wanted their children “to have the best shot at Cambridge” – a phrase I heard frequently. Many of these students were from low-income households, but were still all products of an environment where attending an elite university is the default option.

It’s a position I understand: my parents have five degrees between them, with a PhD on the way. They never pushed me academically, nor demanded I applied for Oxbridge – or university at all in fact. However my application, and subsequent acceptance, to Cambridge hardly felt left-field. That was always what I was going to do. I watched the Boat Race with my grandmother as a child, who explained what Oxbridge was and how if I worked hard I could go to one or the other, and that was it. I went to a state grammar school, then won a bursary-funded place at a top boarding school, and then Cambridge. Yes, I worked hard – but it’s a surprisingly clear journey if you’ve been following a guided road since you were seven.

I have worked with so many brilliant, disadvantaged students as a governor, researcher, and tutor who would excel at a university like Oxford or Cambridge, but their route is far less mapped out than mine.

It is difficult to be what you cannot see. Universities, especially Oxbridge, need to be reaching out to the youngest pupils, helping them mark out a path and then guiding them to their great, gated doorsteps.