Music is ‘At Risk of Disappearing’ from Schools, Research inds 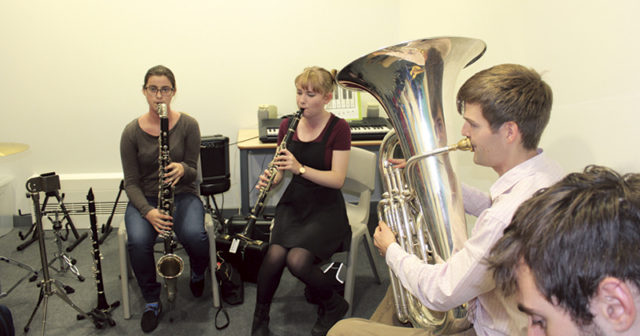 Music is ‘At Risk of Disappearing’ from Schools, Research inds

The number of schools offering GCSE and A-level music courses to pupils is in decline, prompting concerns that the subject is “disappearing”.

Research by the University of Sussex found that 18 per cent of schools offer no GCSE music option to pupils, and researchers warned uptake data showed that this will increase in the coming years.

The study, based on a survey of 464 secondary schools, also found the number of schools offering A-level music decreased by 15.4 per cent between 2016 and 2018, while the number offering music technology A-level plummeted by 31.7 per cent in the same period.

The number of entries to GCSE and A-level music has declined sharply in recent years, with many subject experts blaming the government’s EBacc accountability measure – which prioritises academic subjects over creative.

Dr Ally Daubney, senior teaching fellow in education at the University of Sussex, said the situation was “now at crisis point in many secondary schools”.

“We need to act now in order to reverse this decline and find ways to support schools to offer a sustained music education for all,” she said.

The study also found that some schools now only offer music to years 7, 8 and 9 as a curriculum subject, while others taught it only on an enrichment day once a year. There has also been a rise in the number of schools teaching it on a “carousel” timetable, whereby pupils only study it for one term on a rotation with other subjects.

The decline in the subject is also having an impact on the school workforce, the research found, with 70 per cent of music teachers reporting that they often teach outside their subject area to “fill gaps” in ‘core subjects.

“Music’s place in the secondary curriculum continues to be precariously balanced or disappearing in a significant number of schools,” warned Duncan Mackrill, another senior teaching fellow at Sussex.

“Without a change to require a balanced curriculum in all schools we are in danger of music education becoming in many cases the preserve of those who can pay.”