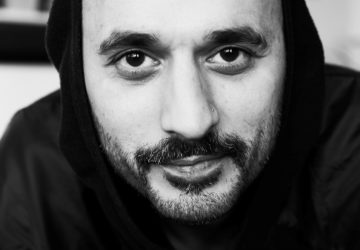 Danny Ladwa is a UK championship beatboxer with over 15 years teaching experience and over 25 years experienced as a professional recording and touring musician.  Aiming to equip young people with the sounds, skills and breathing techniques in order to beatbox and then encourages them to find their own unique sound and to express their own unique musicality, his beatbox workshops are a space to discover and explore one’s power in their voice.

Danny Ladwa is also a singer and songwriter who performs regularly whether solo or in collaboration with other excellent artists. He wrote and released his debut solo album ‘Unfolding‘ in 2015, fusing the styles of reggae, Hip Hop, Electronica and Soul, and his musical heritage is colourful and diverse, and he is truly an international artist who has performed in the four corners of the Globe. Past career highlights include performing alongside Supa Mc TC Islam (Zulu Nation) in the Amazon rainforest, Brazil at EcoSystem Festival, joining Hip Hop fusion band NOU (One Little Indian Records) in Brighton for their UK tour, winning a place in the UK Beatbox Championship Final, co-writing music with Mo Pleasure (musical director for Earth, Wind & Fire), and played with high calibre artists such as Ray Charles, Michael Jackson and Stevie Wonder, sharing a stage with artists such as Neneh Cherry, Lee Scratch Perry and Fat Freddys Drop.

In 2006 Danny collaborated with Gaudi and the Live Dub Laboratory at the Glade Festival which swiftly lead to more UK and European dates and Danny being featured later on Gaudi’s album ‘No Prisoners’ on the track ‘Brainwashed Again’. He spent 5 years touring internationally with Gaudi (2011-2015) performing everywhere from Goa to Glastonbury. The tour included an extensive number of dates in the U.S, Canada & Europe with additional dates in Japan, India, Australia and Central America. Their journey together isn’t over though and they continue to combine forces for shows around the globe.

Beatbox sessions/programmes can be delivered online / in-person and include the following:

– Plenty of opportunity to share and show off skills

Here are a list of benefits of attending my beatbox sessions:

“…By the end of the session the children were entertained, had learnt a new skill, practiced their teamwork and engaging skills, had lots of fun and had composed a musical piece using their own human resources.” Janelle Joseph, Heber Primary School, London

“… I cannot recommend Danny highly enough. He was polite, upbeat, encouraging, professional and good fun. Thank you for taking the time, you made Travis’ birthday perfect. It was the best gift we could have got for him!” Debbie Taylor, Essex

“…The students really enjoyed their beatbox sessions, a large part of that was because Danny was very enthusiastic, and thorough in his workshop, and he broke the session down in a way to make it easy for all to understand. I would definitely recommend him to other schools not just for musical reasons, but also for building confidence and improving literacy skills.” Ian Baggott, Chellaston Academy, Derby

“…Danny is incredibly talented and the children were captivated by his performance in assembly. He delivered a great message too about the children nurturing their talents. A thoroughly enjoyable day – thank you!“. Fiona Davey, Haseltine Primary School, London

“…Apart from an incredibly talented musician, Danny Ladwa has a warmth and way of sharing his skills which gives everyone in the room a space to share, learn and explore with eagerness and confidence.” Sooree Pillay, New Art Exchange, Nottingham